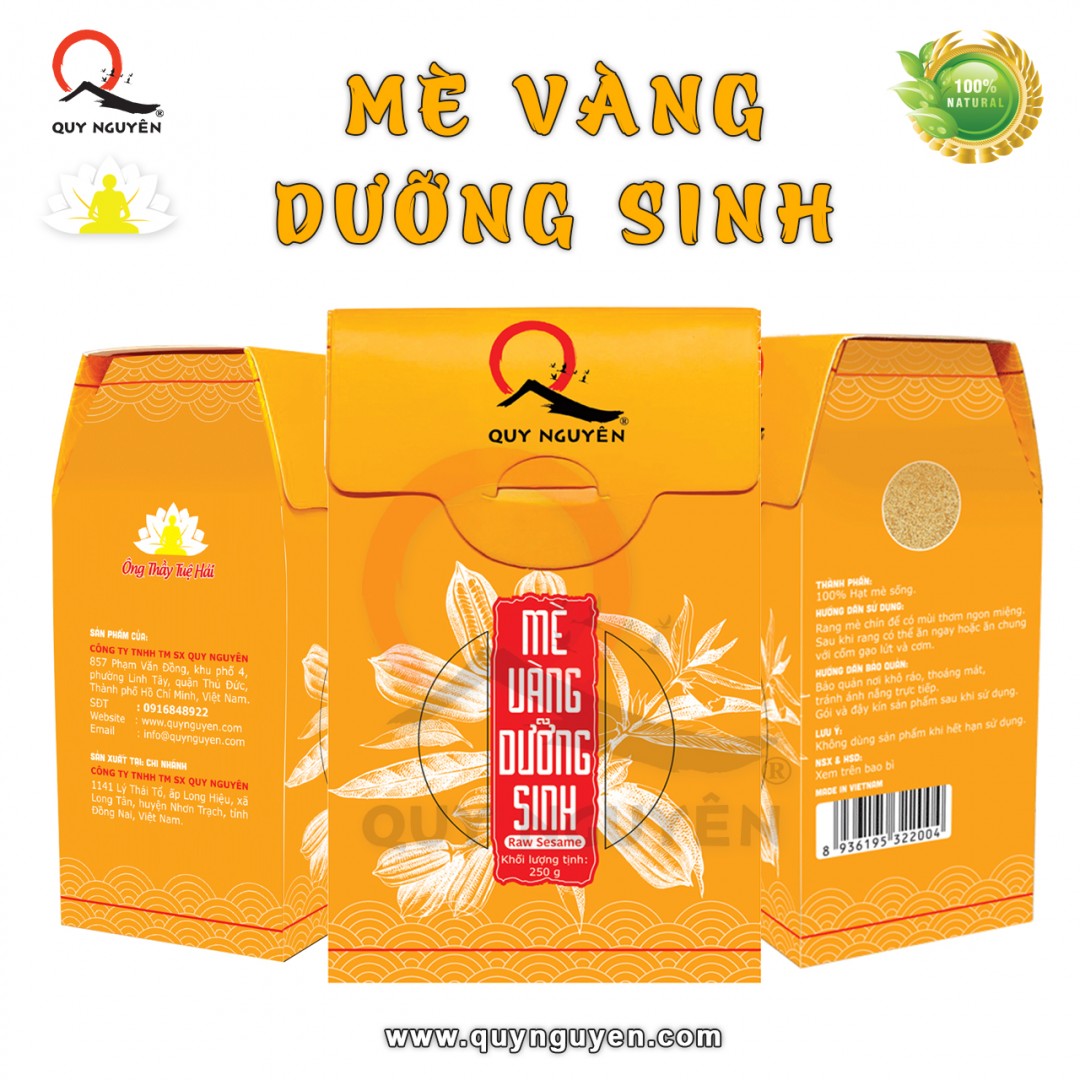 For a long time, gold yellow sesame has been considered as a healthy food and precious medicine. According to traditional medicine, sesame seeds are sweet, neutral, having spleen and stomach tonic properties (nourishment and digestive support), effecting on yin nurturing and lung pulmonary maintenance, being a liver and kidney tonic. Sesame seeds contain large amounts of natural minerals such as calcium, iron, magnesium, phosphorus, manganese, zinc, and vitamin B, fibers. Sesame seeds contain about 50 percent to 60 percent of a fatty oil that is characterized by two beneficial members of the lignan family: sesamin and sesamolin, which are good to protect heart health. Protein in sesame can be up to 20 percent, providing some essential amino acids such as lysine, tryptophan and methionine. Due to its high nutrition, sesame is considered as a superfood for pregnant women. According to yin-yang philosophy, sesame seeds are considered the most neutral seed, which is used as an excellent food for chronic diseases when combined with brown rice.

Against cancer, boost the immune system, slow down the aging process, and prevents cognitive disorders.

Regulate the amount of insulin and glucose in the body, which can control diabetes.

High amount of minerals such as zinc, phosphorus, magnesium and especially calcium 9 times higher than cow’s milk, which helps to regenerate and supply calcium to the bones, preventing osteoporosis.

High amount of protein and fat can boost the body metabolism, metabolism of cytoplasm, increase energy for the body.